Bav Majithia was born in Leicester, UK, in 1973 to his Ugandan mother and Kenyan father, who met in Manchester. When he was six years old, Bav’s parents bought a traditional convenience store in Wigston – a small town just south of Leicester – and began working all hours of the day to support him and his younger sister. Seeing his parents working so hard inspired Bav to want to achieve the same level of success and laid the foundations for the hard-working ethics he’s proud of today.

While growing up, most summer holidays were spent in Manchester, where his Grandparents and the rest of his family lived. Holidays at home and abroad were largely out of the question. Instead, Bav spent a lot of time throughout the school holidays working in his Mum and Dad’s shop; carrying out paper rounds and helping out wherever he could. 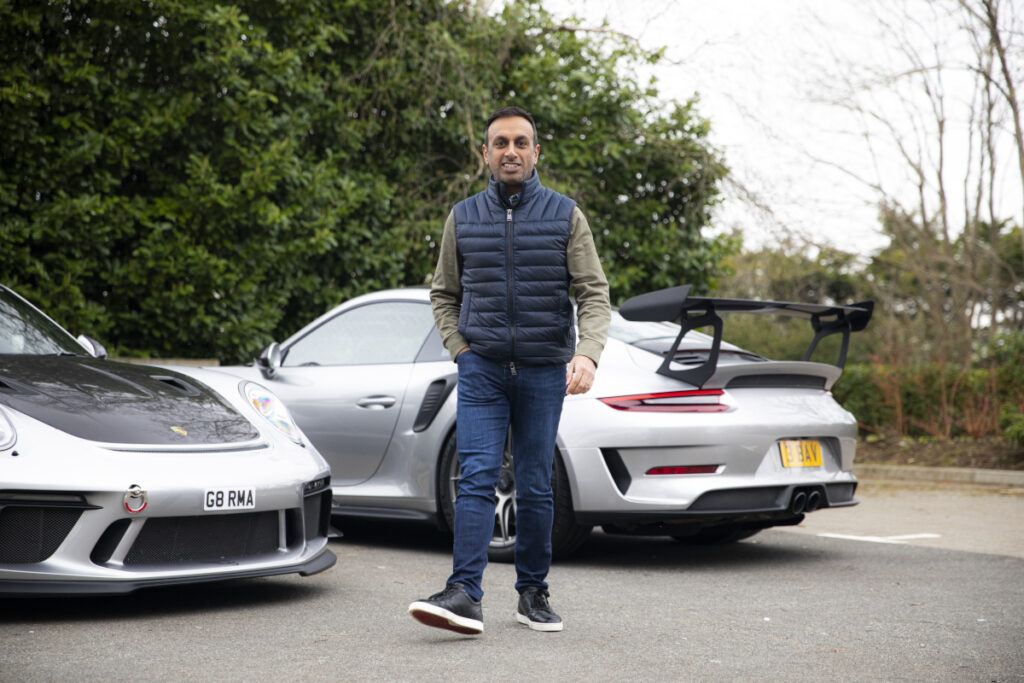 During the summer immediately after college, Bav started working full-time at a mobile phone shop. This was when mobiles were beginning to become popular, so Bav quickly learnt a lot about this emerging technology. Before long, Bav moved onto a different mobile shop as a basic salesman earning £100 a week. He was good at selling, good at pitching and good at making deals happen.

In the summer of 1995, he was encouraged by his then-girlfriend to apply for a mobile salesperson job in London, after seeing an advert in the Guardian newspaper. He secured an interview pretty quickly and travelled from Leicester to Southgate in London, where he interviewed for the position with Sales Manager, Adam. After impressing both Adam and Russell, the company’s owner, Bav was offered the job – not planning for the fact that he had no savings and nowhere to live in London.

As it’s quite uncommon for Asian children to leave home, Bav was worried about how his parents would react. He was the oldest grandson on both sides of the family and considered himself to be the ‘black sheep’, having chosen to go into mobile phone sales instead of studying to become a doctor or lawyer.

While initially hesitant about Bav’s move to London, his mother secured him her sister’s empty flat in London. After only a few days following the interview, Bav found himself driving from Leicester to his new home in London with only a few possessions – including his all-important air mattress to sleep on.

From here, Bav’s career journey really kicked off. Russell and Adam taught him everything he now knows about selling. Russell, in particular, showed Bav how to motivate staff, how not to, and the do’s and don’ts of business. But the biggest lesson of all was to always instil a sense of loyalty into staff – business isn’t always about the money.

After two years, Adam left the company, and Bav ended up running the entire shop alongside his trusted co-worker James. When Adam was in charge, the company was selling 40 phones a day with 4 drivers. By 1999, after Bav took the helm, the team were selling 1000 phones a day and boasted a fleet of 18 drivers along with a robust courier network. The operation was super slick, but Bav needed a new challenge.

In 1999, Bav moved onto a new venture selling mobile phone accessories. From when he started to when he left in October 2005, he helped the company improve from £2 million a year in revenue to £18 million. He also gained a wealth of new clients and left the company in a strong and healthy condition. During 2005, just a few months before he stepped down from his role, he experienced a new kind of adventure – the birth of his first son. This intensified his desire to start something fresh. 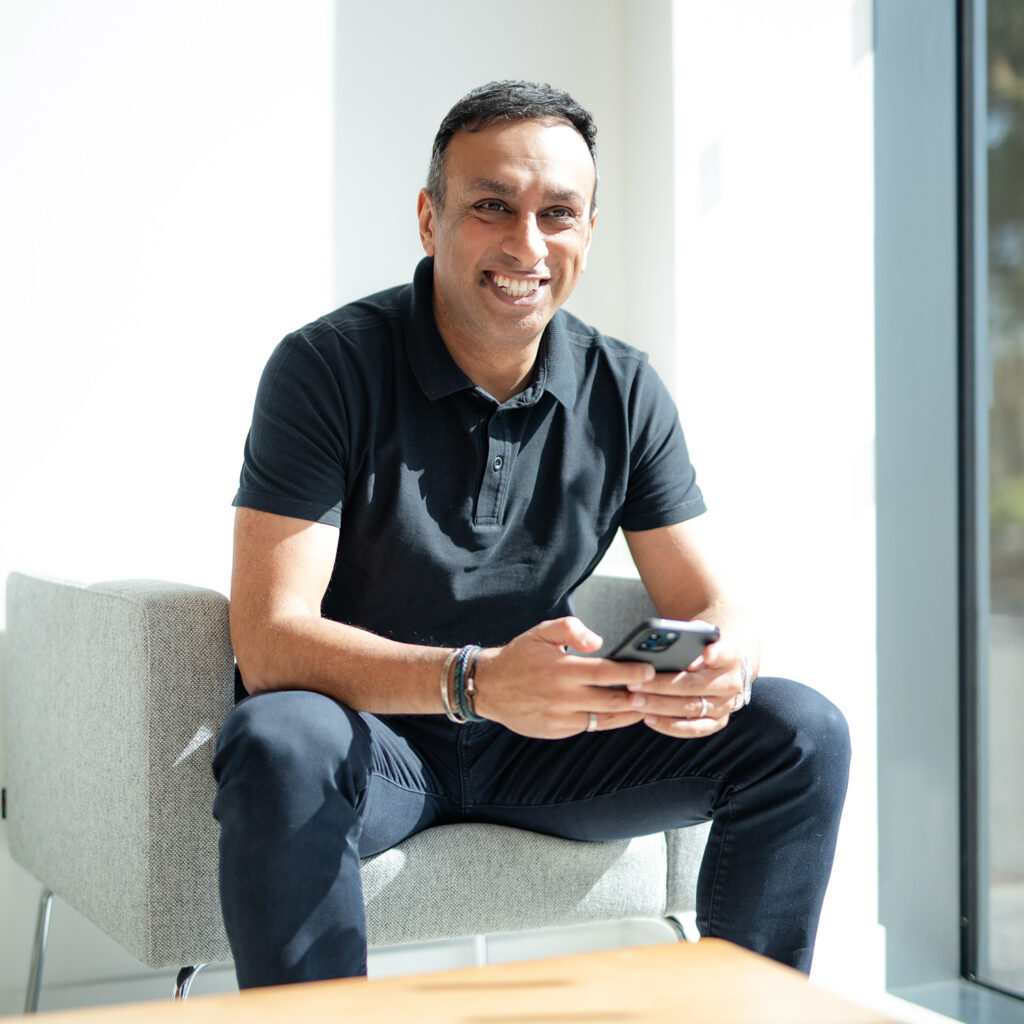 Bav was only the second wave of students to undertake GCSEs. He loved school and socialising with his friends, but as a more hands-on student who enjoyed projects and coursework, he wasn’t so keen on sitting behind a desk or revising. He was also a classic ‘lastminute.com’ student. So, when it came to his final exams, he only gained one C grade GCSE in IT, which was one of the only subjects he enjoyed.

Dusting off the disappointment, Bav turned 16 and got himself a summer job in a pie factory. He enjoyed working there and earning himself money, but his thoughts often turned to his future plans. Realising the importance of getting his GCSE grades, he decided to knuckle down and re-take his final school year at sixth form.

After ten months of blood, sweat, and tears, the hard work paid off, and he achieved an extra four C grades that he so desperately needed to move on in life.

Having found himself another part-time job while applying to study at a new college, September quickly rolled around, and Bav began studying Economics, Sociology and IT. Though it wasn’t long before he realised that IT wasn’t quite for him, as it focused too heavily on the technical side of things. Bav quickly dropped this subject.

As a self-confessed ‘Jack the Lad’, Bav loved the social side of college and making new friends. But distractions were everywhere. This included his part-time job, where he worked on Saturdays and in his free evenings, and the car that his dad kindly loaned him the money for, giving Bav a sense of independence.

These distractions led to a downturn in attendance, causing his Head of Year to suggest that he “leave college early to get a job before everyone else.” Bav rejected this advice and went on to score two Es – not enough to get into University. After weighing up his options, Bav decided he wanted to spend some time earning money and enjoying his life, so he took a year out to have some fun. 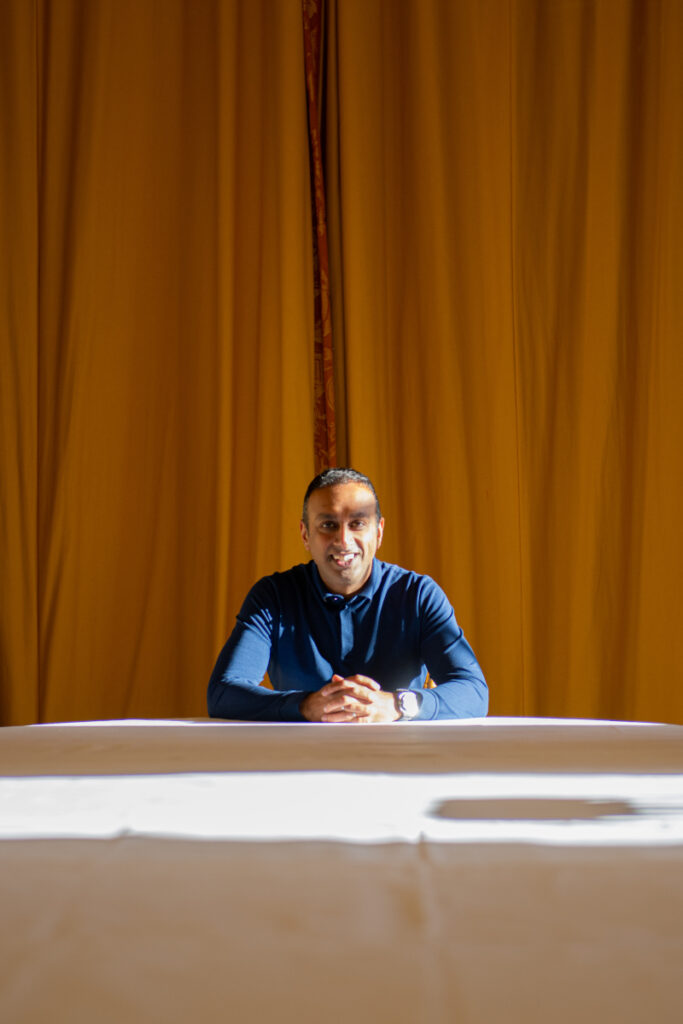 It was during his lavish leaving party – where drinks flowed freely, and spirits were high – that he was approached by an old colleague who had plans to start a new company. Bav believed in the business enough to agree to a 50/50 partnership while working there full-time. It was here that Genuine Solutions was born.

From March 2006 to 2019, Bav and his co-founder Chris built their team, perfected operations, and won a range of recognitions and awards for the high-quality product and service they provided. During this time, Bav had his second son in 2008 and in 2009, got married to his now-wife, Louise.

Throughout the end of 2019 and beginning of 2020, Bav indulged his passion for cars and property, while taking the opportunity to chill out and see more of the world. COVID-19 has currently put a brief pause to this, so Bav has started to use his time and energy to invest in new companies and projects to help other people achieve their own career success.

This website uses cookies to improve your experience while you navigate through the website. Out of these, the cookies that are categorized as necessary are stored on your browser as they are essential for the working of basic functionalities of the website. We also use third-party cookies that help us analyze and understand how you use this website. These cookies will be stored in your browser only with your consent. You also have the option to opt-out of these cookies. But opting out of some of these cookies may affect your browsing experience.
Necessary Always Enabled
Necessary cookies are absolutely essential for the website to function properly. These cookies ensure basic functionalities and security features of the website, anonymously.
Functional
Functional cookies help to perform certain functionalities like sharing the content of the website on social media platforms, collect feedbacks, and other third-party features.
Performance
Performance cookies are used to understand and analyze the key performance indexes of the website which helps in delivering a better user experience for the visitors.
Analytics
Analytical cookies are used to understand how visitors interact with the website. These cookies help provide information on metrics the number of visitors, bounce rate, traffic source, etc.
Advertisement
Advertisement cookies are used to provide visitors with relevant ads and marketing campaigns. These cookies track visitors across websites and collect information to provide customized ads.
Others
Other uncategorized cookies are those that are being analyzed and have not been classified into a category as yet.
SAVE & ACCEPT